Riverdale: A Profile of Toronto Neighbourhoods 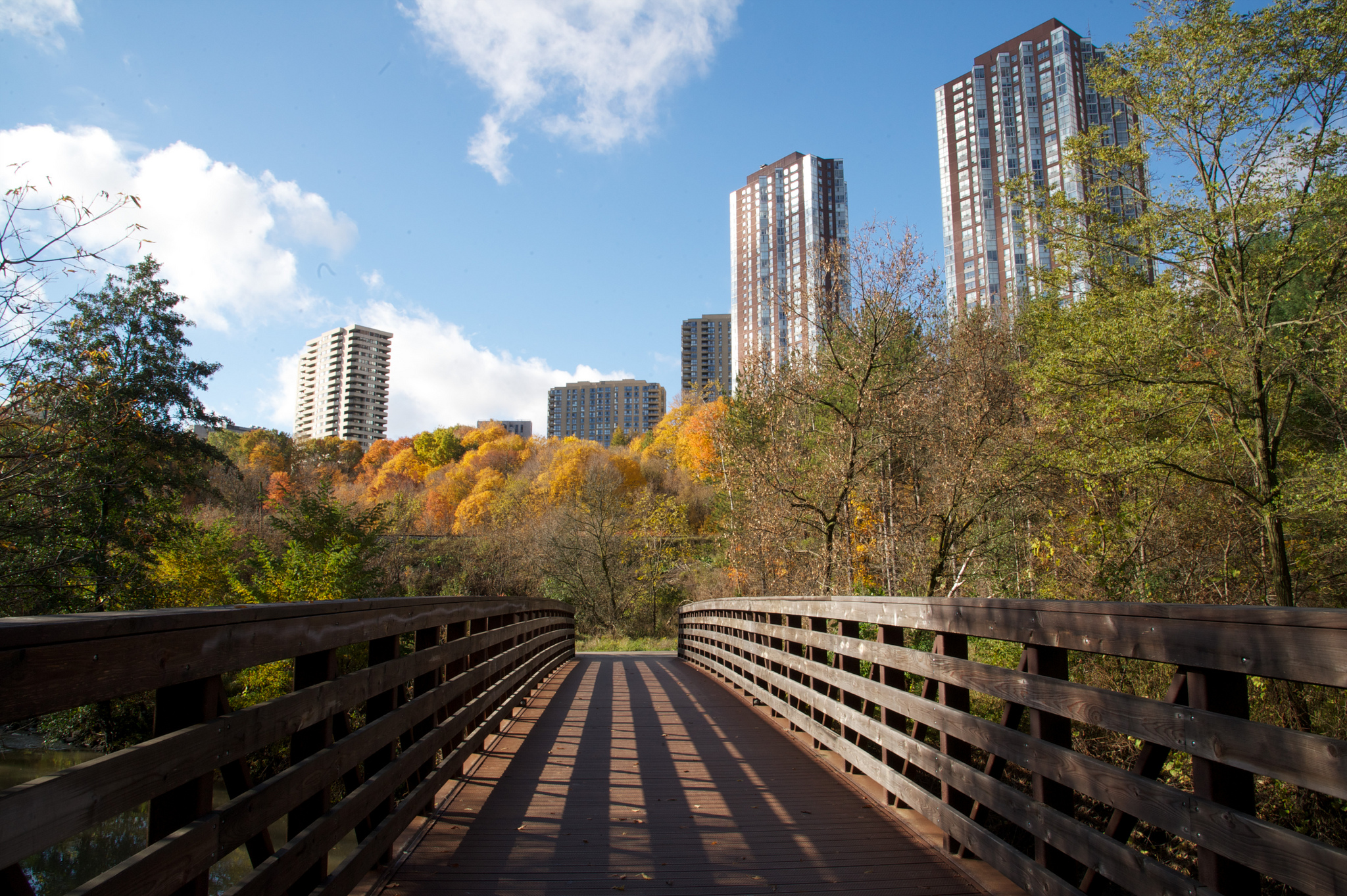 Riverdale is as scenic as its name suggests (City of Toronto, Flickr)

These are just some of the highlights of living in Riverdale.

In fact, Riverdale is quickly becoming one of the most desirable neighbourhoods in Toronto.

Riverdale Is For Families Nature is an integral part of Riverdale (City of Toronto, Flickr)

Riverdale has a reputation for being family-friendly, with pristine parks, excellent schools, and wholesome activities.

For example, there’s Riverdale Farm, a 7.5 acre stretch of green in the heart of Toronto.

Based on raving Yelp reviews, the farm is a great place for both kids and adults. 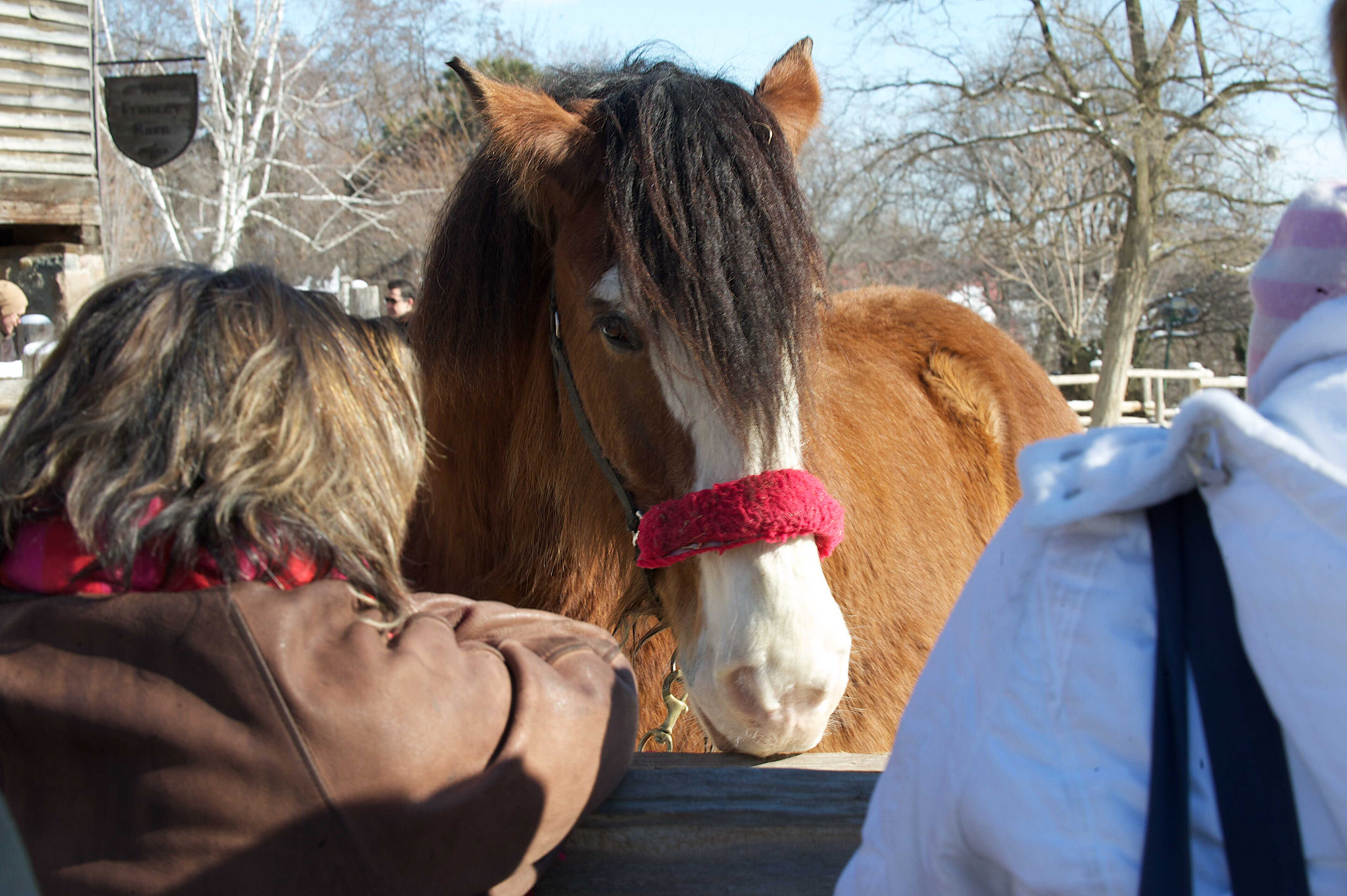 Who knew there was a farm in the middle of Toronto? (City of Toronto, Flickr)

Activities include hiking, arts and crafts, and meeting adorable animals up close, including horses, sheep, goats and more.

Riverdale Farm can be reached via car, bus, subway or bicycle, and while admission is free, donations are encouraged. 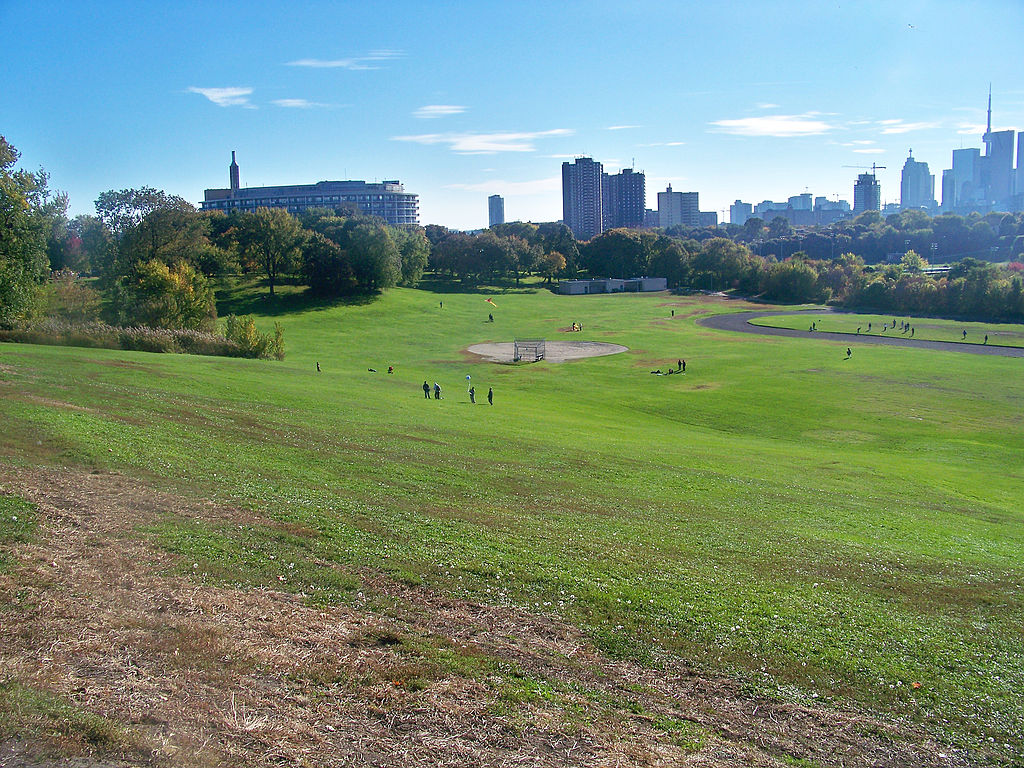 In summertime, couples and families can enjoy picnics at nearby Riverdale Park West. 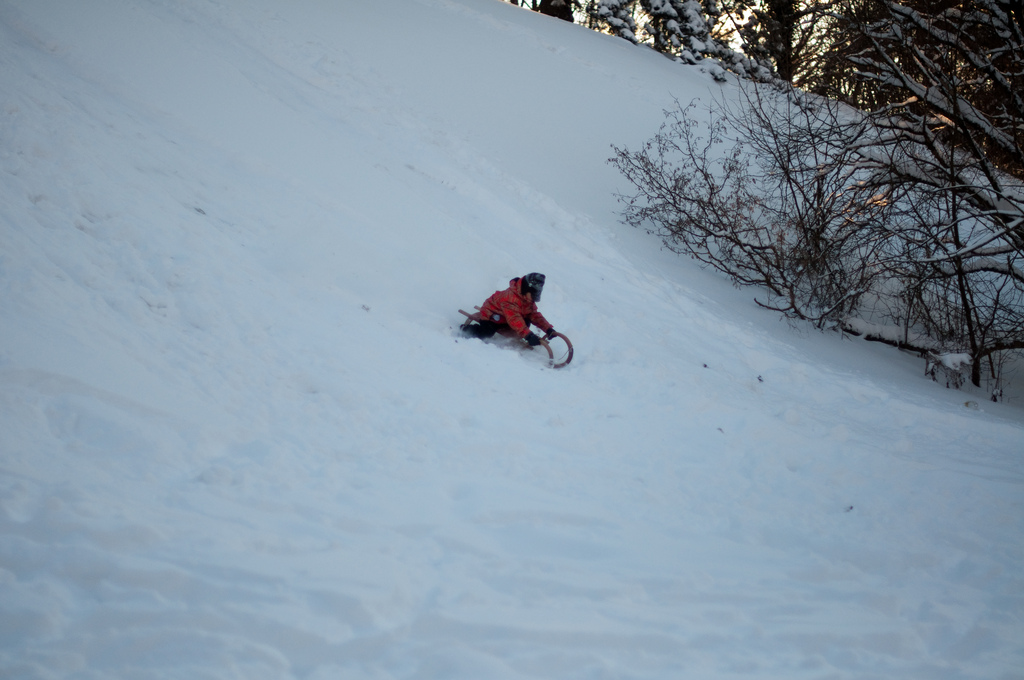 During winter, Riverdale Park West has some of best tobogganing hills in Toronto. (Justin, Flickr)

Other nearby green spaces include McCleary and Withrow Park.

The former boasts 2 baseball diamonds and a cricket pitch, while the latter consists of an off-leash dog area, multiple tennis courts, a volleyball court, skating rink, wading pool, and playground.

So Riverdale has plenty of green-space for the young, active, elderly and even dogs.

Don River Valley Park is the perfect getaway from the stress and noise of city life (Alaney2k, Wikimedia)

Although it’s an “urban park,” there’s plenty of nature to see and explore.

For example, activities include hiking along ravines, biking through forests of oak and cedar, and walks along the river’s edge. But what really makes the park unique is the stunning wildlife. This includes:

In fall, visitors can experience the wonder of the great salmon run as the fish swim up-river. Another highlight of Don River Valley Park is the art.

Their art highlights the Don River’s natural landscape, along with its industrial, cultural and Indigenous history.

For example, you’ll find sculptures, murals, billboards and even dance performances along the river. 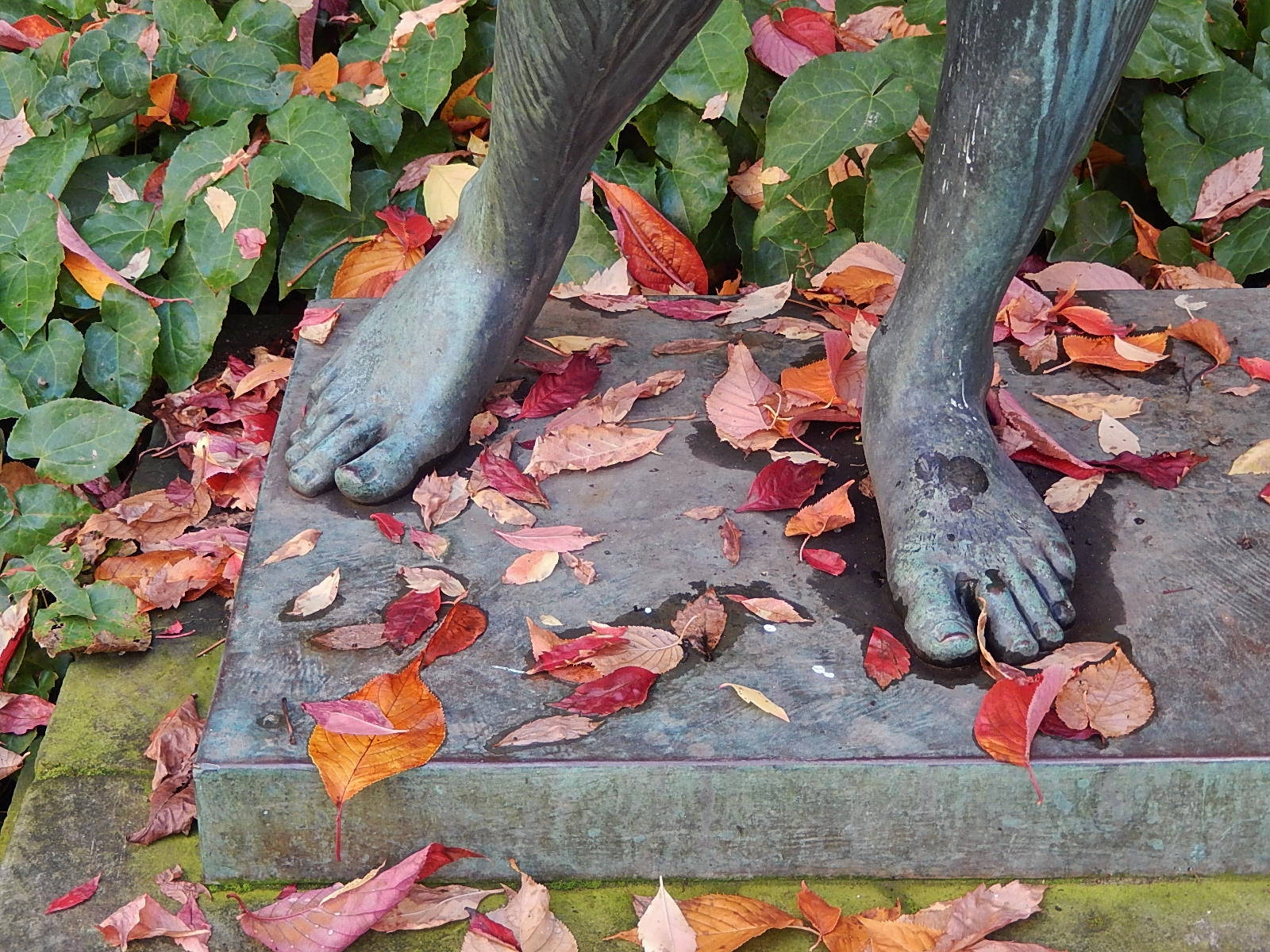 While some of these installations are permanent, others are gone the same day. (Michael Coghlan, Flickr)

Thanks to its thriving art scene, the Don River is now considered

a new hub for art in Toronto, where visitors can return time and again to find new commissions…

Riverdale is a short drive from Sugar Beach and Woodbine Beach.

Once an industrial parking lot, Sugar Beach is now famous for its Muskoka chairs and iconic pink umbrellas.

It’s also the perfect spot to read, jog or sunbathe by the water’s edge.

Can’t get enough sand? Another great option is Woodbine Beach, the largest of Toronto’s 4 beaches. 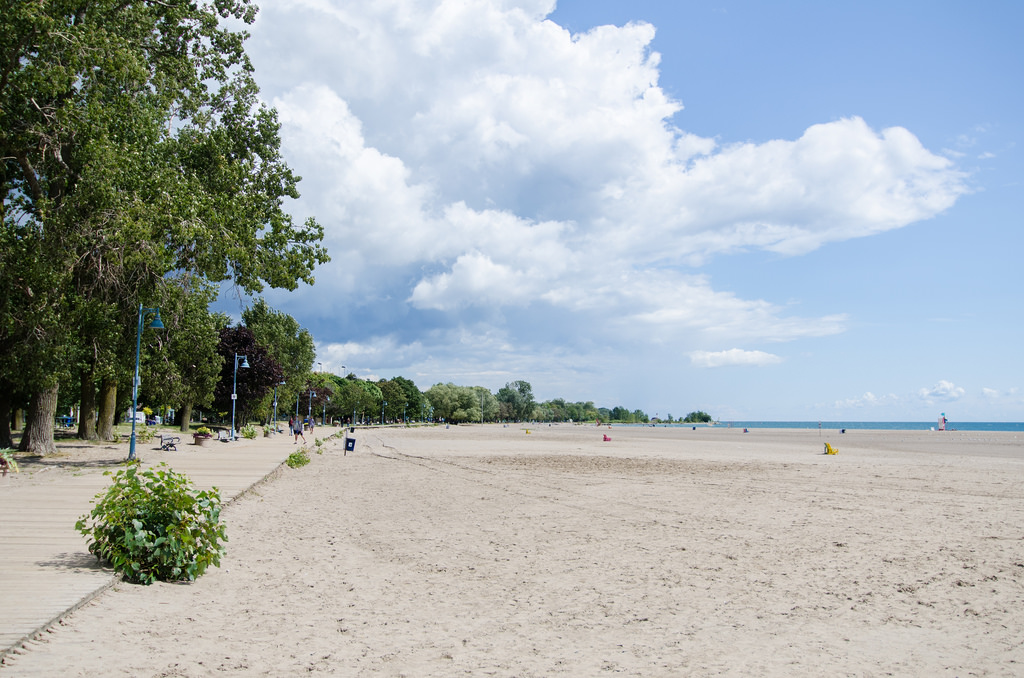 With 3 kilometres of shoreline and a 15.2 hectare park, Woodbine is a great place to picnic, sunbathe or swim.

Shopping At Gerrard and Danforth

Riverdale’s proximity to Gerrard and Danforth means you can find incredible deals on goods and services.

Also known as Little India, the neighbourhood is home to some 100 shops and restaurants. 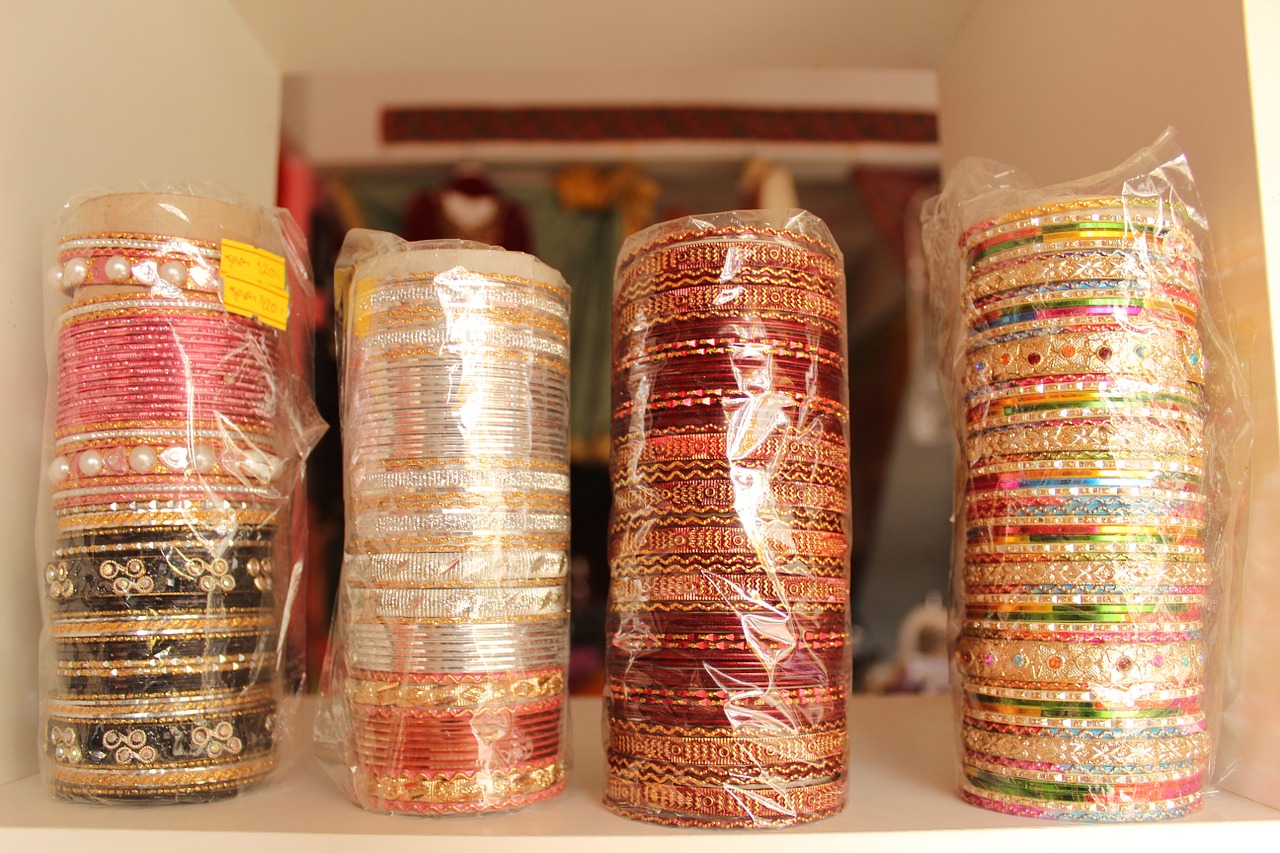 Gerrard Street sells everything from bangles to electronics, all at low prices (Maxpixel)

[There’s] gold jewelery from Dubai, India, Pakistan and Singapore [at] excellent prices. It’s got a dazzlingly selection of bangles, rings and necklaces…There are also some great deals on electronic goods.

For a mix of affordable and upscale items, there’s Greektown.

According to NowToronto.com, the neighborhood is changing dramatically, with indie boutiques and big box retailers replacing traditional stores. 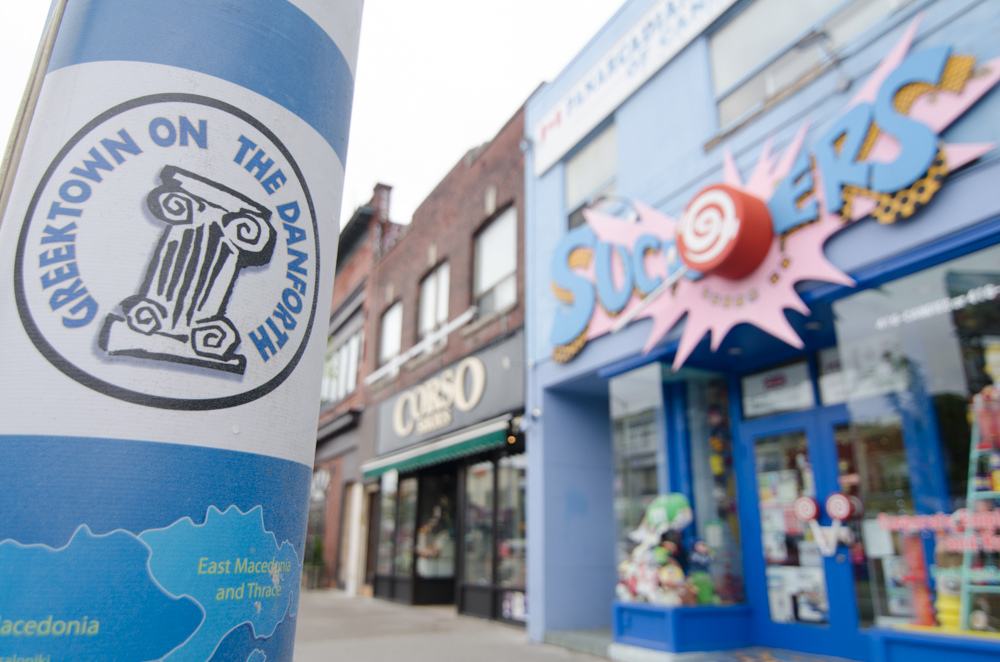 Residents of Riverdale can expect nothing less than a vibrant restaurant scene. 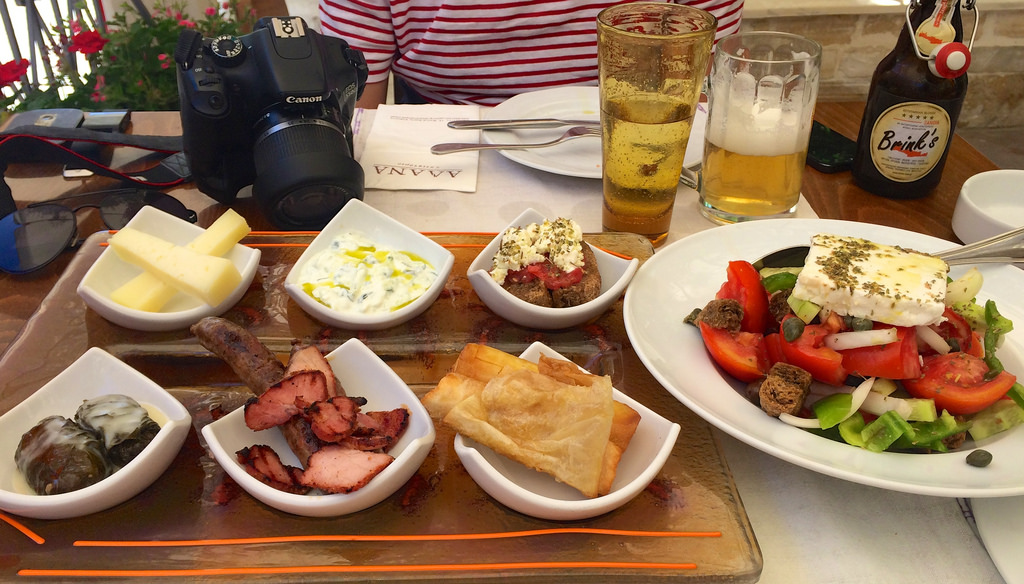 Most noteworthy, the annual Taste of Danforth festival celebrates everything Greek, from traditional dishes and snacks to native wines. 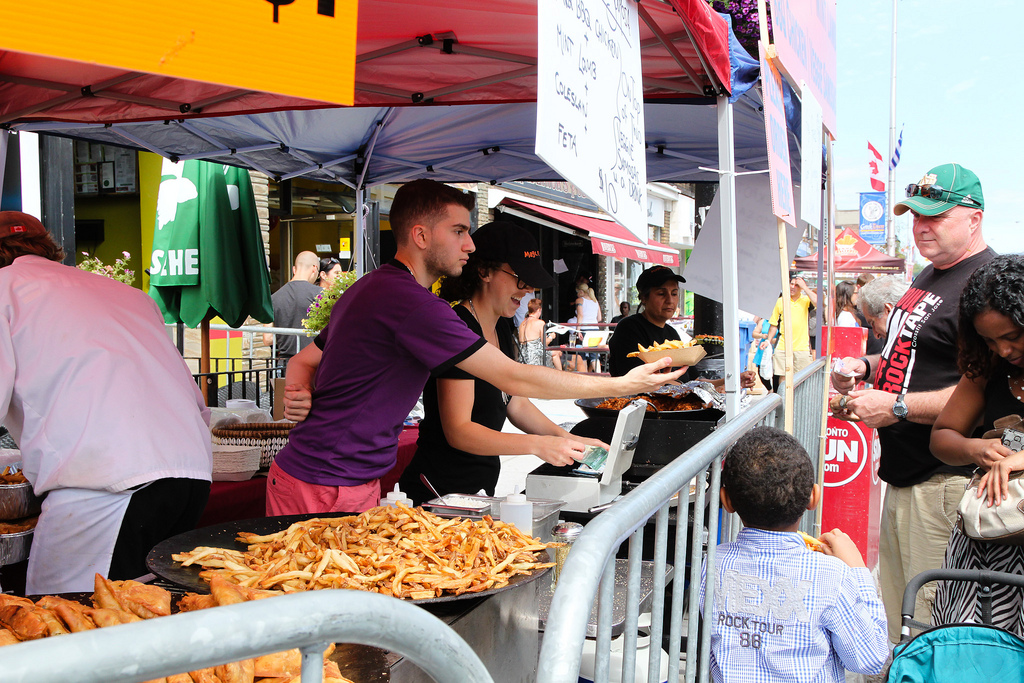 You don’t have to be Greek to enjoy the Taste of Danforth (syntheticstrings, Flickr)

Steetcar.ca cites food as the #1 reason to visit Gerrard Street, saying “When it comes to food, Little India has become a culinary destination.” 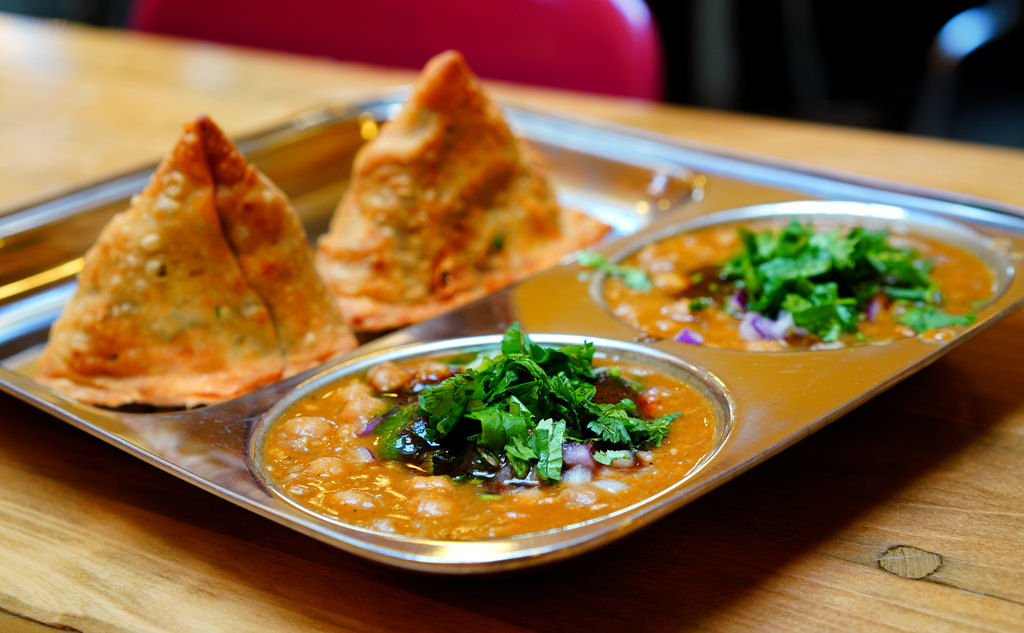 Gerrard Street is where you want to go to get your spice on (Samat Jain, Flickr)

While there, you can enjoy South Asian sweets, Middle Eastern BBQ, and Indo-Chinese fusion dishes. 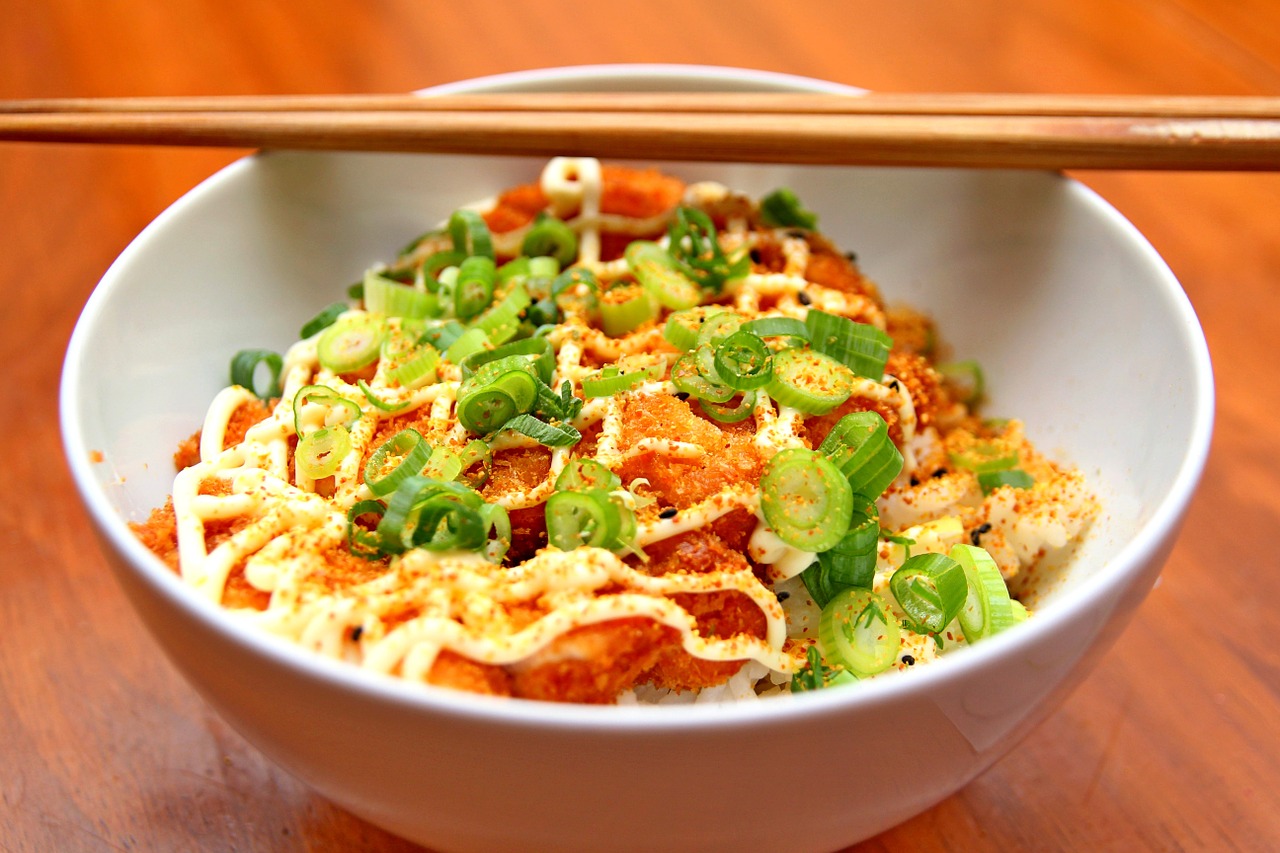 East Chinatown has some of the best eats in Toronto (Pixabay) 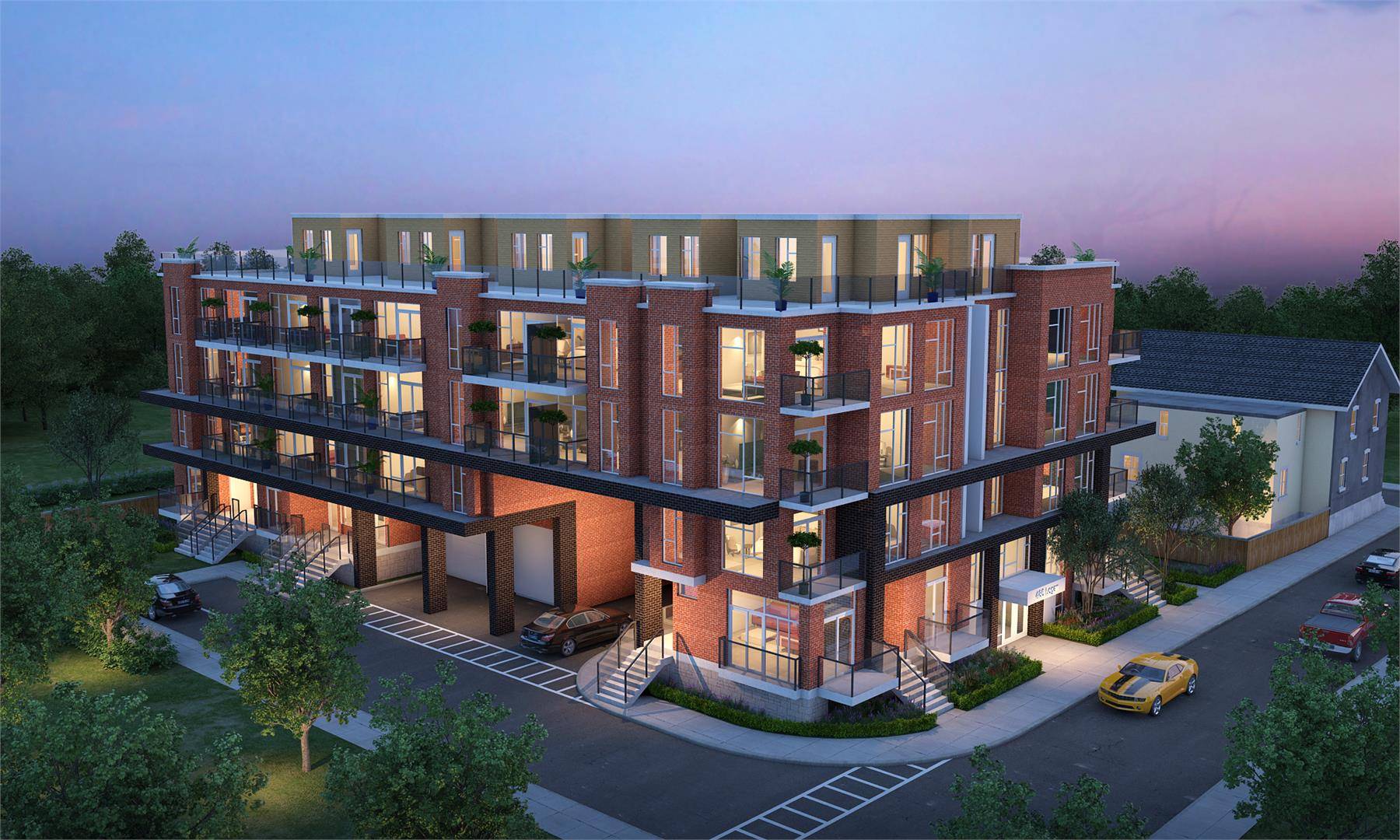 Elevate Towns is a new pre-construction project in Riverdale

Living at Riverdale means having access to the best schools, shops, parks, restaurants and beaches in Toronto.

As one of the city’s most family-friendly neighborhoods, Riverdale’s popularity and property values are rapidly rising.

That’s why new housing developments like Elevate at Logan are so attractive to first-time home buyers.

Once a house in Riverdale goes on the market, it’s only a matter of time before it’s gone.

Want to learn more about Riverdale? Contact me below with your details.

Check out our full interview with Jake Gibson from


Error: API requests are being delayed for this account. New posts will not be retrieved.